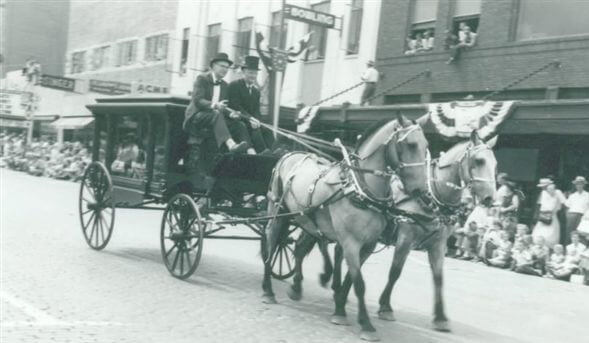 1857- Harrison Cook "founding father of Beatrice" drove the people to the present site of Beatrice.  In 1860 Mr. Cook moved to Stratford, Connecticut.  He married and with his wife and family moved back to Beatrice in 1871.  He then started an Undertaking business shortly thereafter with Walter W. Scott, later adding a furniture store.

1908-  A silver/gray funeral car was purchased and it was the only one in the state outside of Omaha that was motorized, giving them a total of 3 horse drawn hearses (2 black and 1 white), along with the motorized hearse.

1912- Charles Harman graduated from mortuary school receiving his training from E.L. Dodder, the largest funeral director in Omaha, and joined the funeral home as an employee. He took the place of Frank Lenhart.

1921- Charles Harman bought the funeral home from Mr. Scott after he retired and it became the Harman Mortuary.

1926-1945- Raymond Johnson graduated from Chicago Mortuary School in Chicago, ILL and the funeral home became the Harman-Johnson Funeral Home.  In 1931 the funeral home moved to its present location at 623 Elk Street, which was the Robert Kyd home, after a fire destroyed their building on 3rd and Court.

1946- John Harman joined his father and the name was changed back to Harman Mortuary.

1959- Extensive remodeling was done with additions of a chapel and covered garage for family vehicles.

1974- Melvin Brolhorst purchased the funeral home from the Harman's and kept the name.

1990- Vaughn Wright purchased the funeral home from Mr. Brolhorst.  Many improvements were made including faux painting, new curtains, carpets and wall hangings.  Soffits and the exterior were repainted along with decorative pillars and new doors.  A handicap accessible restroom was also added.  The chapel woodwork was stripped and refinished including the doors and pews.

2011- In 2011 a crematory and refrigeration unit were installed at the funeral home, situated in the lower level of the funeral home in a dignified, peaceful setting making it Beatrice’s only on-site crematory.

Interesting note:  Vaughn & Tina Wright moved their current residence from 906 S. 6th Street to land on Indian Creek, north of Beatrice, not knowing that it was land originally owned by Harrison Cook, founding father of Beatrice.

2016- Zachary Coffin and Todd Dierberger purchased the funeral home from Vaughn & Tina and continue to be the only full service facility in Southeast Nebraska offering on-site cremations and monument sales. 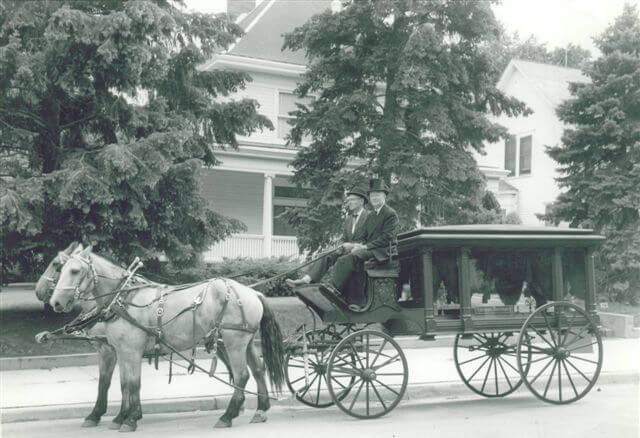